NASA’s Perseverance rover just notched another first on Mars, one that may help pave the way for astronauts to explore the Red Planet someday.

After successfully demonstrating a controlled (heavier than atmosphere) flight on Mars last Monday, NASA achieved another major stride on Wednesday whereby generating oxygen from Mars’ atmosphere which is rich with Carbon Dioxide gas.

Another huge first: converting CO2 into oxygen on Mars. Working off the land with what’s already here, my MOXIE instrument has shown it can be done!

Future explorers will need to generate oxygen for rocket fuel and for breathing on the Red Planet. https://t.co/9sjZT9KeOR

The rover successfully used its MOXIE instrument to generate oxygen from the thin, carbon dioxide-dominated Martian atmosphere for the first time, demonstrating technology that could both help astronauts breathe and help propel the rockets that get them back home to Earth.

The conversion process generates a considerable amount of heat (approx. 800 degrees Celsius) There’s a special shielding installed inside the Perseverance Rover for protection against heat.

“This is a critical first step at converting carbon dioxide to oxygen on Mars,” Jim Reuter, associate administrator of NASA’s Space Technology Mission Directorate, said in a statement.

“MOXIE has more work to do, but the results from this technology demonstration are full of promise as we move toward our goal of one day seeing humans on Mars.” 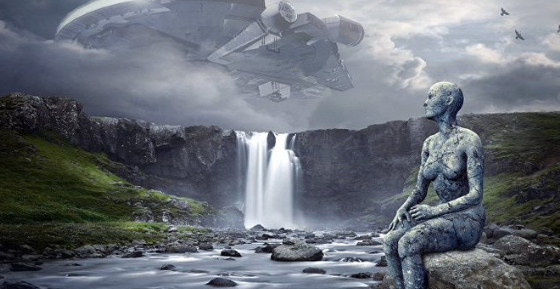 An enormous UFO fleet observed by …